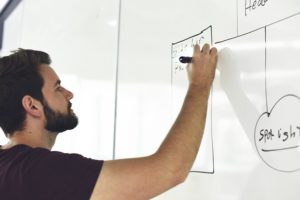 In the real world, just an incredible idea won’t fetch you success, in fact it is just the first step towards it. After the product is validated by the market and identified by the customers, the big step of product development comes into the picture. Product development is a 4 step procedure, where work is done on the concept, then a prototype is formed, a pilot run is schedules and then finally production units are setup.

Starting with the first step, the concept is put into exercise to test the base idea and assumptions involved. The main objective of establishing a concept is to make sure that the idea you want to take forward can actually be achieved. This verification exercise allows the production team to get a clear picture of how the product will function when developed fully.

When the concept is further developed, we tend to create a visual model, called a prototype, which gives an even clearer picture of the design, layout and navigator of the product. Now, in case of small businesses, prototypes can be presented to potential investors to get funds for their project. While the concept reveals that a product can be developed, a prototype demonstrates the HOW part.

After the prototype is prepared, the product development team carries out a pilot run, where a small group of people are made to use the product and give feedbacks. This is done so that if there are any setbacks in the product, they can be corrected t this stage itself, without having to face any failure in the actual market. Mistakes can be corrected, the product can be improved, and a lot of time, money and resources can be save thorough a simple pilot run or test run. A pilot ensures that the product will meet the market demand and fulfill customer requirements. The group of people chosen is of certain expertise regarding the respective product. Sometimes, the team may have to conduct many pilot runs, before the product can be sent over for mass production. It is important to make sure that the group chosen should be free of any bias, otherwise there can be situations of production failure.

Once the pilot runs are declared successful, the product can now be produced in large quantities can be presented to the actual market. The production process can be of many types – continuous, batch and one off. Now, the product reaches the final audience, and then the customers give their feedbacks.