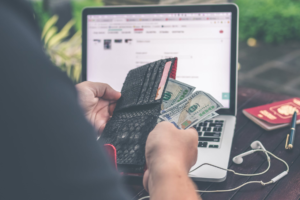 In generations past, it was commonplace to be not only married by your early twenties but also a homeowner. While the foreseeable future of finances for many millennials looks grim, it’s not entirely their fault; there are many factors and circumstances that younger people now have to contend with in a way that their parents and grandparents didn’t. To add further insult to injury, social security is beginning to show its age just as much its baby boomer beneficiaries, making the light at the end of the tunnel that much dimmer for young people.

Compared with past generations, millennials are living with their parents more often, have higher rates of higher education, yet still often struggle to find long-term financial stability. While the picture is complicated and multifaceted, this article will go over some of the contributing factors to the current state of affairs.

One of the most crippling burdens of millennial life is student debt. The pressure imposed by student loans is generally cited as a major problem in the lives of young people. This effectively prevents the attainment of typical life benchmarks, like homeownership and starting a family.

It’s easy to let this increased monthly overhead scare you away from trying to make a passion or hobby into a livable income, but taking out a personal loan can keep your dream alive. This can provide you with the extra funds necessary to kickstart a more desirable direction in life, which could potentially grow into something far more lucrative than you ever dreamed. 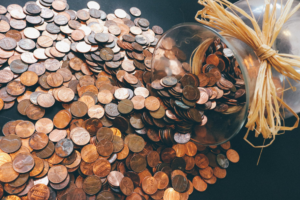 Perhaps the case can be made that not enough money is being made to be socked away like their parents, but the fact remains that only 37% of people under 35 have stocks. This is especially unfortunate when you consider the oft-quoted adage that “time is an investor’s greatest asset.”

Having many years ahead of you means massive earning potential in the stock market. If you can start early, this gives compound interest time to work its magic and transform you into a person of means. Being young also allows you to be more risky with your investments, so missing out in this opportunistic time is especially tragic.

To make sure you are making good use of this time, it’s a good idea to automatically have a certain amount of money sent to a stock portfolio or mutual fund each month. This will not make you rich overnight, but the amount of wealth these small contributions generate over time will astound you.

While keeping housing costs below 40% of your income is generally the rule of thumb, this is becoming increasingly difficult for younger, less established members of the workforce. Millennials are flocking to urban mainstays like Los Angeles and New York, which are in turn becoming characterized by ever-increasing rent costs.

While it may seem counterintuitive, there are many circumstances in which buying a house is the better long-term financial strategy rather than allowing rent to make your money disappear from your life forever. Often times monthly mortgage payments are less than rent, but best of all, the money you put towards a house is money you might see again one day.

Coming as a surprise to perhaps no one, studies show that many millennials attribute unplanned spending as a result of social media consumption. Part of this is likely due to a need to feel adequate in juxtaposition with the often decadent and luxurious broadcasts found on social media feeds.

There will always be temptations that invite you to take a route of momentary pleasure at the cost of the long-term ideal, but it is important to not be led astray by the increasingly ubiquitous flaunting on social media. The self-restraint you exercise in your spending habits will ultimately reward you handsomely later on – just ask Warren Buffett, who never spends more than $3.17 on breakfast in spite of a net worth of over 70 billion dollars.

While millennials have more education under their belts on average than their parents, they are still making less money. In the period between 2000 and 2014, the average income of young workers took a turn for the worse. Workers in the arts and entertainment industry were hit the hardest, with those in food service, hospitality and retail coming in a close second. Part of this was due to untimely graduation, with many people entering the job market just as the economy was at a low point.

To stave off the destitution of unfortunate circumstances, many millennials are able to take on additional side jobs. This is one area in which young people are at an advantage over their predecessors thanks to doors opened by technology. Now, people are easily able to spend some of their leisure time driving for rideshare apps or even creating web designs from the comfort of their own home.

While millennials may need to grapple with challenges intrinsic to the times, hope is far from lost. In fact, learning to endure trying times offers many valuable lessons that can be practiced throughout life.