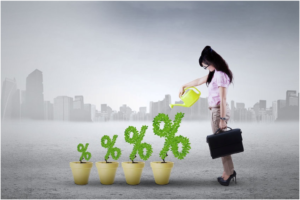 One of the cornerstones of physics is the famous concept we know as gravity pioneered by Sir Isaac Newton. “What goes up must come down.” And so is the case with debt as well. After racking up the debt load over days, weeks and months, there comes a point when the debt must be repaid. There are times however, when the debt burden becomes too great to manage. It is in these situations that other options have to be explored, so below is a list of three strategies for debt management that can ultimately save you money in the long term.

In the first step (debt consultation), you meet with the credit counsellor who conducts a deep-dive study of your finances and provides early insights regarding issues, and possible solutions. The next step is the creation of a prudent budget. This is quite possibly the most essential part of the process as anyone who has ever been deeply indebted can testify that the reason they got there was because of a lack of adequate financial planning. In credit counselling though, they will teach you how to create a prudent budget from start to finish, keeping in mind fixed costs (rent, car insurance etc.), as well as variable costs. What is most important after though is that you stick to that budget throughout the temptations and instinct to do otherwise.

Finally, one of the top advantages of credit counselling is the negotiations that they conduct on your behalf with creditors to structure lower interest rates on debt. This helps to lower your monthly outflows as the interest burden component is reduced and instead of having to keep track of all your outflows, you make a single lump sum payment to the counsellor. This counsellor is then responsible for distribution to the rest of the creditors.

It is pertinent to note at this point that credit counselling is mainly useful for debts below $10,000. Credit counselling is not intended for people in debt that are looking to get principal reductions. Instead, its primary function is to enhance the management of existing debt to pay creditors back in a structured, timely fashion

The second option is to secure a debt consolidation loan through a bank or a credit union. In this type of arrangement, the institution gives you a balloon (lump-sum) loan to pay off all outstanding credit card debts that you have by consolidating them all into one big loan.

There are certain advantages to this form of loan from a consumer perspective. For the purposes of this example, assume that Consumer A has 3 credit cards, each with $5000 of debt for a cumulative total of $15,000. The bank will loan this consumer the full $15,000 (assuming that Consumer A qualifies for a loan, more on that below). They then pay off the existing credit cards with that money and close those accounts. Going forward, Consumer A is now responsible for making periodic payments only to the bank, thus maintaining constant visibility of outflows from a single vantage point. The other, arguably more compelling advantage is that the bank often offers an interest rate lower than the actual debts. Think of this like a refinancing of the mortgage on your house. In a refinancing, you pay off the existing mortgage with a loan issued at a lower rate than the one you previously had. In a similar way, you pay off the existing credit card debt with new money from the bank and then pay a lower rate than you would have paid going forward.

There are downsides to such a program though. For starters, the consumer in question has to have a high enough credit quality to even be considered qualified for such a loan. Therefore, borrowers with credit scores below a certain threshold can’t yield the pricing advantages that comes with this arrangement. But more importantly, discipline is again key. Without harnessing control of your expenses post-consolidation loan, the same problems can crop up again and require the use of credit, which means that consumers can end up doubling down on debt rather than paying it back.

Consumer proposals are the second last option for debt consolidation and repayment prior to bankruptcy. In this type of scenario, there are negotiations held between creditors and borrowers represented by an administrator who must be a Licensed Insolvency Trustee.

The two counter parties put together a legally binding agreement that provides immediate protection to the borrower from collection calls in exchange for a partial repayment of all unsecured debts. Essentially, the borrower agrees to pay a part of the debts issued and the remainder is then forgiven by the creditors. Once the proposal is filed, wage garnishments cease and interest stops accumulating from that day going forward. The borrower also ensures that his/her personal assets are protected (including house and car) and that collection calls are not allowed to be made to them anymore (by law!). Beyond the asset protection and haircut on the debts issued, the advantage offered by a consumer proposal is that the impact on the credit score is not as bad as it would be on a bankruptcy. While it still appears on your credit report for 3 years post-filing date, the score produced is an R7 versus a bankruptcy score of R9 (lowest possible rating).

However, there are considerations to be made with consumer proposals too. Creditors are not typically open to providing discounts on debt in the first few months of non-payment. This means that the payments you stop to let them become past due would get reported to bureaus and adversely impact the credit score. While the status does change to “Paid-Settled” after the settlement negotiations, this isn’t as positive to lenders as a Pain in Full status. This means that it becomes difficult to get approved for unsecured credit post-settlements. All this goes to say that if the borrower is current on accounts and in a position where the credit score is an important priority, then the consumer proposal is not the right solution.

To summarize, all of the options we’ve talked about can save you money, sometimes a significant amount. However, an analysis of your income, debt and potential credit score ramifications needs to be done before proceeding with any of the options presented above.