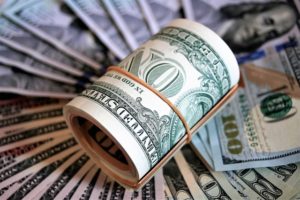 Debt is first and foremost a financial state—and a very common one, at that. Owing money certainly affects consumers’ financial lives in many ways, from credit score to how much they’re able to save for emergencies and retirement.

But carrying debt can also have a significant impact on your mental health, too. It’s important not to underestimate the psychological strain that debt is capable of inflicting on those who carry it. For this reason, ending debt shame is an important preliminary step toward taking control of your finances in general.

When you’re standing at the starting line, the “marathon” of addressing your debt can seem daunting. What’s more, any accompanying sensations of shame make it even more difficult to take an honest look at your finances. Nearly 40 percent of U.S. consumers who have credit debt strongly or somewhat agree that they feel ashamed of their debt.

The problem is that shame often stands in the way of taking positive action. For instance, shame can fuel debt denial, which might drive a consumer to put off opening monthly credit card statements. Shame can also stop people from fully exploring their options because even thinking about debt becomes stressful. When people feel ashamed, they’re also less likely to be honest—with themselves or others—about the state of their finances and mental health. Someone might conceal the magnitude of their credit card debt from their partner, causing tension. Furthermore, people often feel compelled to keep up appearances with family and friends by racking up even more debt.

Clearing the hurdle of shame is the first step toward taking control of your finances. How? First of all, it’s important to “differentiate between character and behavior,” as Money Crashers advises. Shame occurs when people view debt as a character flaw rather than a result of specific behaviors. Character flaws are inherent; behaviors are changeable. Working to change the habits and behaviors that led to debt is far from shame-worthy. In fact, it’s admirable.

Regaining Control of Your Finances

Next, it’s time to figure out a workable strategy for eliminating debt. People with significant credit card debt may actually be able to settle with lenders for a lesser amount than originally owed. Why do creditors sometimes agree to accept a reduced sum? As The Motley Fool writes, “It’s simple—because they’d rather get paid something than risk not seeing their money at all.” Considering the Motley Fool stock advisor reviews that I have read, I would say they know what they are talking about.

Consumers in this situation oftentimes decide to work with a debt relief agency with trained negotiators on staff. Just be sure to investigate the track record of any potential settlement programs before enrolling so you can avoid scams. Freedom Debt Relief reviews provide insight into what it’s like to work with an industry leader in debt negotiation. The primary goal of Freedom Debt Relief and similar organizations is to reduce the debt owed, so the debtor can overcome their financial situation more easily.

In addition to paying down existing debts, consumers can further empower themselves by boosting their all-around financial literacy. Shame often stems from feeling like you don’t fully understand a concept, or like you’ve lost control of “the reins” in terms of your financial health. But learning more about key personal finance concepts will help people make wise decisions in the present and plan for the future.

Taking control of your finances is often a matter of first ending debt shame and stigmas. Only then can you face your debts head on. Next, it’s a matter of deciding on a workable strategy for your specific financial situation, like debt settlement, and sticking with it for the long haul. Building your financial literacy over time will help you better understand various options and make smart money moves for years to come.