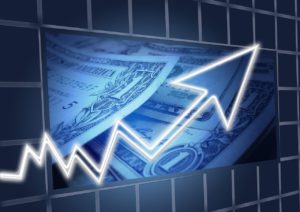 The CAC 40 is the equivalent of the DAX in Germany, the FTSE100 in the United Kingdom, the Dow Jones Industrial Average in the U.S. and the Nikkei in Japan. The CAC 40 gives a decent indication of France’s overall global economic performance, since many French companies export their products around the world.

Stock prices for specific companies included in each index are determined, in part, by the relationship between supply and demand for goods and services. For example, Total is one of the biggest French companies according to market capitalisation. Any change in Oil prices can directly affect the value of its stock.

The same basic principle applies to leading French pharmaceutical company Sanofi. When its new drugs receive approval, or, conversely, if one of its patents expires – enabling a competitor to bring out a rival product, its stock price may be directly affected.

Because the CAC 40 is a capitalisation-weighted index, meaning that the stock prices of the largest companies have a disproportionate effect on its overall value, when the most influential companies are under pressure, the index is ultimately dragged down in value.

Global economic changes, trends, and national events such as presidential elections, political turmoil, wars, and natural disasters, can have a huge impact on stock prices. Social and geopolitical issues affecting France will also have a strong influence on the country’s indices, either boosting or draining confidence in the economy.

International corporations and financial institutions will be more confident in making deals with French businesses and are more likely to invest in France’s economy when the climate is investor-friendly and the outlook for growth is positive.

During the recent French presidential election, markets evolved both upwards and downwards according to poll results favouring either nationalist candidate Marine Le Pen or the current president, Emmanuel Macron. In this case, the French election reassured traders that the country had remained centrist, making them more willing to invest in the country without a threat of aggressive taxation.

These days, there are hundreds of different index trading platforms available, each enabling traders to invest in a variety of indices such as the CAC 40. Several sites, such as the UFX online platform, offer advanced, professional trading tools that cater to a wide range of trading profiles, allowing you to take advantage of the best trading conditions.