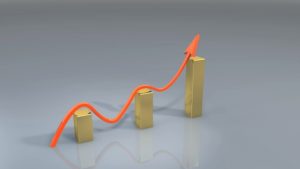 The man was diagnosed with a chronic motor neuron disease, just after his 21st birthday, and the doctors had given up all hope, stating he had not more than 2 years to live. But, this man lived on till he was 76, about 53 years more than what the doctor had predicted. It the length of his life isn’t what mesmerizes us, but the amount of contribution he has made to improve the lives of people. His witty character and funny responses is something that attracts us to his personality, apart from his work. Stephen Hawking is truly a legend, and after his death on the 14th of March, at an age of 76, the world has lost a precious gem. Here is a list of takeaways from his life and work. Read along and get inspired:

(1) Darwin’s theory of the survival of the fittest is something we talk about all the time. But, the definition of fittest in this theory is not merely strongest or the most powerful, but the most adaptable. Hawking had to go through some very extreme circumstances, starting from a very young age itself, but his willpower and his capability to adapt to those adverse conditions is inspiring. From using a full time wheelchair to using a machine that help him communicate, he managed his time in this world, and that too very efficiently.

(2) Stephen Hawking lost his ability to speak properly in the mid-80 itself, but that did not prevent him from lecturing his students, writing books, and communicating with the world about mysteries of the Universe and beyond. He had no regrets, because if he had had regrets, he couldn’t have achieved so much.

(3) Stephen Hawking believed that a curious mind asks a lot of questions, and one of these questions is what probes minds into solving the greatest mysteries of the world.”Look up at the stars, and not down at your feet.” – is what he said.

(4) Research and exploration is a very interesting field of study, and while the entire world runs behind money, no one wants to focus on discovery and innovations. Success is a journey, and there is no destination. To get a true experience of life, one must focus on the joy of discovering, instead of the rewards of discovering.

(5) Hawking had a realization of how valuable time is. He believed that you should set high goals for yourself, and then try to achieve those.