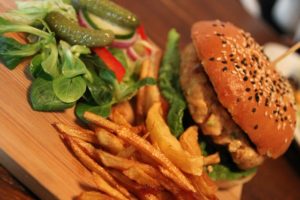 Back in 2002, a couple of teens who ate regularly at McDonald’s felt the global fast-food empire with its irresistible fries and creamy milk shakes was responsible for their obesity and all the related problems that stemmed from it, such as high blood pressure and diabetes. Furthermore, the girls weren’t looking for a simple apology; they sued the hamburger giant and were looking for a supersize payout. They had no such luck. A year later, their case was dismissed, and so-called “commonsense consumption laws” were put into place by multiple states to prevent such cases involving blaming obesity and other health problems on fast food from happening again. So, what’s the story with personal injury claims? Will most be thrown out, or should you take your chance and see if you can win one?

If you’re a passenger in a vehicle that’s struck from behind and you suffer from whiplash, you shouldn’t sit back and take it. You have a valid personal injury claim on your hands. Whereas eating too many double cheeseburgers and gaining a gut you’re ashamed of might not be reason to get the legal process rolling on a personal injury case, damage that’s inflicted upon you because somebody else was reckless, such as their negligence in how they handled their moving vehicle, certainly is good enough reason. Also on the topic of vehicle-related personal injuries, any New Yorker can talk your ear off about how potholes have been like the devil for their cars. In fact, New York has had to shell out millions of dollars to motorists due to the city’s bad pothole problem. Other cases of legitimate reasons to pursue a personal injury claim include if you’re walking through a company’s lobby, maybe you’re on your way to a meeting there or an interview, and you slip and fall because the janitor failed to wipe up the spilled Pumpkin Spice Chai Tea a visitor spilled, then you have a personal injury claim to make as soon as possible.

Take the Money and Run, or Stay the Course?

If you do have a proper personal injury claim, then the next question is, if offered, should you accept a settlement or should you roll the dice and see what happens if you take it to trial? There really isn’t a hard right or wrong answer here. If a company, for instance, is extending to you more money than you’d likely make in a decade and you get that money relatively quickly, then the offer might be extremely tempting. However, if you take it to trial, you could end up with more money than you’d likely make in a lifetime—or then again, nothing at all. A lot of cases that go to trial still end up with a settlement offer being accepted long before a final verdict is ever reached. Moreover, a trial means spending who knows how long before it’s ultimately settled.

Why You Should Talk to a Lawyer

Because it’s tricky trying to think about the best option for yourself when contemplating how to proceed with a legitimate personal injury claim, that is, whether it’s smarter to take a settlement or hold off and seek a larger judgment through a trial, you should talk to a personal injury lawyer about it. They know the ins and outs of personal injury law. They know all about the odds of winning based on past cases that have been similar to yours, they know the merits of your case, they know how you will likely be perceived and how your case may be perceived, and so forth. The best may have years of experience winning cases like yours and know how to value your pain and suffering. They know how to look at the time you’ll have to take off from work, sometimes several months or longer, due to the injury and seek the right reimbursement. If you go it alone, then understand you’ll have to ultimately handle all the negotiations yourself, and you’ll be up against corporate lawyers paid large sums of money on retainer to fend off cases just like yours. What are the odds you’ll beat them at their own game?

You can legitimately have a reason to make a personal injury claim. Your injury may have been due to any number of culprits, from car or truck accidents to product liability to premises liability to medical malpractice. As a plaintiff, it’s extremely risky—and costly—to be your own lawyer and defend yourself by trying to take up settlement negotiations without legal consultation or trying to take a case to trial without a personal injury lawyer’s expert counsel.