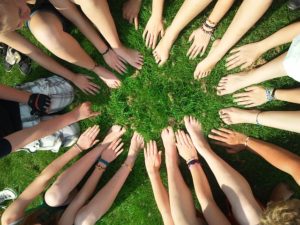 An Internet entrepreneur and a computer scientist, Larry Page is the co-founder of Google and CEO of Google’s parent company, Alphabet Inc. Larry Page Along with Sergey Brin, who he met at Stanford University while studying Computer Engineering, launched Google in 1998 and has since become the most popular search engine in the world. Larry Page is also the inventor of PageRank, a search ranking algorithm for Google.
Page completely revolutionized the Internet and has made it easier for us to take action on our dreams. Here are some inspiring quotes by Larry Page we want to share with you:

1. On Motivation
“My job as a leader is to make sure everybody in the company has great opportunities, and that they feel they’re having a meaningful impact.”
2. On the Future
“Lots of companies don’t succeed over time. What do they fundamentally do wrong? They usually miss the future. I try to focus on that: What is the future really going to be?”
3. On following your intuition
“It seems like the world is crumbling out there, but it is actually a really great time in your life to get a little crazy, follow your curiosity and be ambitious about it.”
4. On doing what others won’t dare to
“I think it is often easier to make progress on mega-ambitious dreams. Since no one else is crazy enough to do it, you have little competition. In fact, there are so few people this crazy that I feel like I know them all by first name.”
5. On competition
“For a lot of companies, it’s useful for them to feel like they have an obvious competitor and to rally around that. I personally believe it’s better to shoot higher. You don’t want to be looking at your competitors. You want to be looking at what’s possible and how to make the world better.”
6. On Excellence
“Excellence matters. I’ve pushed hard to increase our velocity, improve our execution, and focus on the big bets that will make a difference in the world.”
7. “If your access to healthcare involves you leaving work and driving somewhere and parking and waiting for a long time, that’s not going to promote healthiness.”
8. On privacy and security
“For me privacy and security are really important. We think about it in terms of both: You can’t have privacy without security.”
9. On Taking risks
“If you’re not doing some things that are crazy, then you’re doing the wrong things.”
10. “Optimism is important. You have to be a little silly about the goals you are going to set. You should try to do things that most people would not do.”