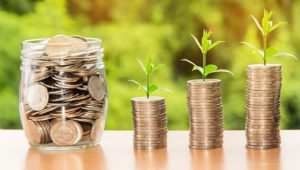 An amended ‘Negative List For Foreign Investments’, an official document that states which areas of overseas industry Chinese citizens cannot invest in, was recently published by the Chinese government. Chinese investors now have more freedom to invest their money outside of the country, with the number of restricted investment sectors being slashed from 63 to 48.

As the bad blood between the President Trump’s Administration and China leaves market analysts and investors in a state of agitation, President Xi’s deregulations should pave the way for heightened Chinese investment in Britain. The loosening of regulations may well see trade and investment flourish the other way, with many British investors no doubt keen to dip into an increasingly open and available Chinese market, previously largely unavailable and off-limits to overseas investors.

Among the 15 sectors of overseas investment now ready and waiting for a fresh influx of money from the East are automotive manufacturing, mining, agriculture, the manufacturing of weapons and investment in financial institutions. Oddly, one further restriction has been added to the list: Chinese investment in performing arts groups overseas is forbidden.

It is something of an about turn for the Chinese authorities after spending much of the past 18 months reigning in any and all Chinese investment overseas. The government took a dim view of Chinese money being invested in other countries, treating potential deals and transactions with suspicion. Charges levelled against Chinese investors involved in overseas deals included using their business as a smokescreen for moving money offshore. As a result, any overseas investments came under intense scrutiny from the government, who had the final say in whether money could or could not leave the country.

The effect of this crackdown was felt keenly in the UK, which for years has relied heavily on Chinese investment across a vast array of sectors.

Vitally for the UK, Chinese state approval will no longer have to be sought or required for any private Chinese investment that relates to infrastructure or development. This means that Chinese investors have a lot less red tape to deal with when looking to make property investments in the UK.

The news comes at an important time for the UK’s property market. Overseas investment from China during the first quarter of 2018 sunk to its lowest for two a half years and these reforms and relaxing of restrictions, taking effect from July 28th2018, will give the UK’s property market a much needed and timely shot in the arm. Asian investors have always seen UK property as a profitable venture and the latest deregulations will do a lot to attract further Chinese investment.

Chinese investors who already have money in UK property and infrastructure will benefit too, as like new investors they will also be allowed to bypass state approval usually needed for any refinancing and reinvestment.

What Next For China?

China has always tried to maintain a strong and clear balance between its attitude toward its citizens’ outbound investments and the government’s own forays into new and opening markets across the world. China has never shied away from its goal of becoming a global superpower with heavy influence over the world’s economic activity while keeping a strong sense of protectionism regarding its domestic interests. China possesses the world’s second biggest economy and has her eyes very firmly set on taking over the United States within the next few decades.

It can be no coincidence that China has unveiled a raft of deregulated investment incentives for its people as the country’s move to implement massive infrastructure projects across the world increases momentum. China’s involvement with African nations, in which infrastructure is built quickly and agriculture boosted by emigrating Chinese farmers, gives China access to the continent’s vast and largely untapped natural resources which are sent back to power their economic juggernaut. China’s financial commitment to the African continent hit $39.9bn dollars at the end of 2016 with only more investment pouring in since then.

Similarly, China’s drive to create the modern ‘Silk Road’ continues unabated. Linking West and East via rail and maritime activity, China can now import and export huge amounts of good more cheaply and effectively than ever.

This latest move by China sends stronger signals to the rest of the world. As these relaxations of regulations regarding Chinese investment overseas take effect, it may well incentivise the government to loosen restrictions further and open the world’s markets up to a flood of cash and investment. How that corresponds with China’s determination to preserve its policy of protectionism remains to be seen.