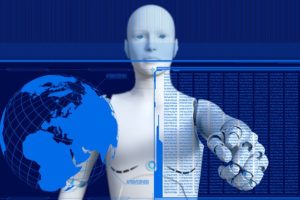 Technology is literally changing the world every second. With each passing year, innovations in fields such as robotics and computer science are taking over jobs that were once done by man. We seem to be moving at a brisk pace in the path of mechanisation. As per a report published by the World Economic Forum in 2016, approximately 5 million people will lose their jobs due to  automation in various fields. Man may no longer be necessary even for manual labour. So what should we expect for our future? What are the industries that will see growth in future, enough to offer employment to the millions?

Well, if you still want to stay in employment by 2025, experts suggest you focus for jobs in the following industries:

It comes as no surprise that the industry of computer sciences will witness the most growth by 2025. While  the innovations in Robotics can be adverse for employment in future, it won’t happen so soon. The robots will possibly require many more years to settle into our everyday life without complications. This will increase chances for engineers and software technicians all around. As computer technologies grow, so will the online threats. We will thus witness great innovations in the field of cyber security too. As more stringent laws will be made  by governments, there will need a great force for the upkeep of safety and security through networks.

Chemical manufacture and its scopes are widening in the world as more researches in the field uncover useful chemicals for mankind.  Existing government policies around the world are expected to change and thus give way to more positive uses of chemicals. It is predicted by experts that the industry will have an annual turnover of around 300 million U S Dollars by 2025, which is double the present turnover. The significant increase in  demand will necessitate more production units, which in turn will provide employment to  crowds.

Life expectancy of an average human being is increasing every year with introduction of fresh and effective cures. The improving lifestyles also add to the life span of man. Thus there are a growing number of senior citizens around the world – which will definitely increase in future. By 2025, the caregiving industry will flourish and employ more and more people who will have social skills and medical experience to look after all those who will need care.

Genetic Engineering is a field whose boundaries  scientists and biologists are constantly striving to push and expand. New genetic revelations improve the scope of treating genetic disorders. It is now possible to cure such defects right when a fetus is in its developmental stages. This is kind of innovation that belongs to the future. When genetic engineering is combined with latest technological innovations in other fields, the scopes that open up are unlimited. It is one such industry that will define tomorrow. By 2025, we are expected to be able to cure at least a number of the diseases, including the likes of Parkinson’s and Alzheimer’s  disease.

Cryptocurrencies, which are an encrypted form of banking, are said to be the future of the whole field of banking. They are decentralised methods of money transfer and exchange over which the governments are yet to wield control. With introduction of ICOs using further layers of encryptions and protocols, the field is rapidly developing. The scope of coding in markets is unlimited for a good programmer. It can be the best way to begin business, find funding or to simply earn big. By 2025, innovations are expected to develop this into one of the leading employers among all industries.